Prior to Her “abduction”/descent into the Underworld which occurs in the Fall, Persephone is called “Kore”. Kore is not a name, but a word for a daughter or maiden, similar to and sometimes interchangeable with the Greek word “parthenos” which means virgin, “unto herself”. There are many Korai (plural of Kore) in Greek mythology; several that are well-known. Greek Goddess Athena was called Kore more frequently than Parthenos, which we find commonly in modern usage. In fact, coins with Athene’s image were called “korai”.

Greek Goddess Artemis, too, was referred to as Kore. She embodies the wild aspect of youth, the active, the untamed in contrast with the more reserved Athene and, certainly, the more passive Kore Persephone. Hebe was considered to be the Kore of the Goddess Hera. All of this demonstrates that Kore, when used for Persephone, is a title and an indication of who she is and her stage of life before she evolves into Persephone, the Queen.

Referring to Persephone as Kore denotes the stage of maiden before she transitions into the full bloom of woman. She is Demeter’s Kore, the mother reflected in the daughter. We may also see her as the Kore of Hades, the bride, reflecting the innocence of maiden before she experiences the intimacy of sex.

The use of Kore to describe Persephone as maiden is purposeful. She is undifferentiated from the other maidens in the field, sometimes described as the daughters of Oceanus and sometimes referred to as Athena and Artemis. In all cases, their presence confirms Kore as innocent, untouched (by life), and maiden. Just as modern day young women travel in groups, so Kore was in fields of flowers with her “tribe”. Individuation has not occurred at this stage and peer approval reigns supreme, although some boundary testing may be occurring. Our experiences, positive and negative are the forge for our personalities. As Kore, she has only experienced the safety of the world under the watchful eye of her mother, Demeter.

In the myth, Kore is wandering carefree and in fields of flowers with other kore. There are no cares, except for the brilliant blooms, the blue of the sky, and the distant chatter of her companions. She has no awareness of the weight of adulthood, no premonition of the utter and absolute change that she is about to undergo. An interesting note in the myth is that the Goddess Gaia places the narcissus, the flower that captures Kore’s attention. The full bloom of a narcissus is profuse, curvy, and seductive with the undertones of sexual promise. I wonder if that is also purposeful? Gaia, Goddess of Earth and nature, placing a full bloom that carries such a suggestive connotation. Did Kore see some reflection of her future self in the flower? Does the flower evoke stirrings in her almost-woman nature? 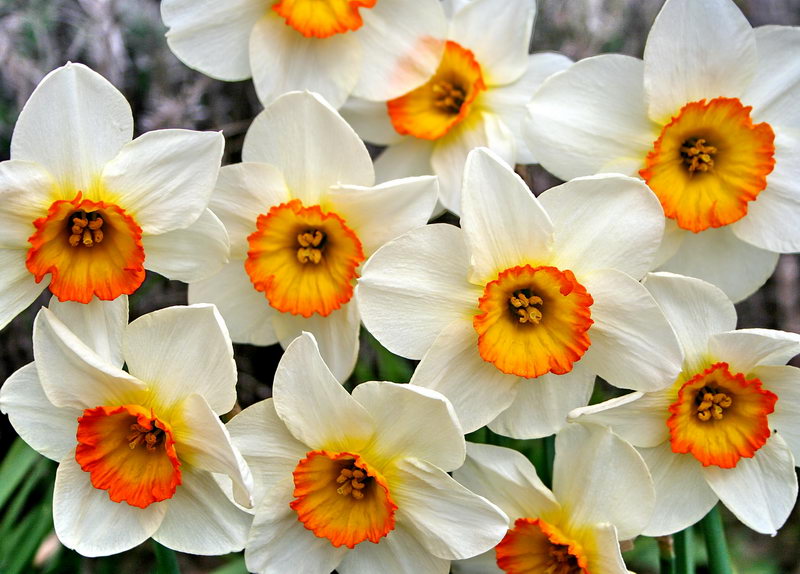 Persephone the Kore or “nameless maiden” is familiar to many a woman as the stage of life when she was young, uncertain, and full of possibilities. It was the time when she waited for someone or something to come along to shape her life, before another (any other) archetype became activated and ushered in a different phase. In the seasons of a woman’s life, Persephone represents spring.

Just as spring cyclically follows the fallow period after harvest and the barren months of winter, bringing warmth, more light, and new green growth, so can Persephone become reactivated in women after times of loss and depression. Each time Persephone resurfaces in a woman’s psyche, it is once again possible for her to be receptive to new influences and change.

As Spring approaches and Demeter is preparing to welcome her daughter back to her, or perhaps her own Kore back to herself, how are you preparing for your own renewal? Spring has the added bonus of a natural rhythm of renewal supported by the seasonal change and solar progress. Are you in mourning for some part of your Kore? Do you need to throw worries to the wind and go pick flowers?

Embrace the change, the cycles, the rhythms, and plan your own renewal. Your Kore is ready to play!

This article is an excerpt from the Goddess Activation Course – Persephone: Queen of Herself  that is being co-taught by myself and Priestess Brandi Auset. We would LOVE for you to join us in this deep immersion to Persephone. The Goddess Full Moon Group on March 22 will also be celebrating the Return of Kore – Join us for free!