Nearly forty thousand years ago a Great Goddess was revered, and clay figures of her are the earliest depictions of humans that have been found.  Cultures were more agricultural, time was experienced as circular, and the growing cycles of earth were honored. Seasonal festivals celebrated the annual ebb and flow of life as people moved in conscious resonance with shifting cycles of light and dark, life and death. Western culture no longer moves in harmony with natural cycles.  In fact, we can no longer see the stars.

In ages past, women were revered as givers of life, and each stage of a woman’s life was viewed as an important crossroad, or rite of passage. Women understand cycles because they frame our lives, and there is an intrinsic ebb and flow to the feminine experience. The stages of a woman’s life are demarcations of menstruation:  pre-puberty, childbearing years, and the cessation of menstrual flow. Each month of an adult woman’s life forms a complete cycle of birth and death; a microcosm of life itself. Across the globe these phases were seen as Maiden, Mother and Crone, or Elder, and worshipped as a “triple goddess.”  Women’s cycles were seen as mirrors of the cycles of the Sun, Moon and stars.  Most ancient cultures honored the elder Crone as a woman who had come fully into her power.  Today we fear age, losing the wise voice of experience.

Serious scholars of myth have noticed that the tenor of the stories began to change, and symptoms of this shift in Greek myths included an increasing glorification of war, accompanied by a deteriorating value of agriculture and cyclical time. Western culture has devalued, even demonized, aspects of the feminine for nearly 4,000 years, effectively pushing these archetypes beneath our conscious awareness.  The goddess was diminished and was replaced by a solitary, authoritarian male god. The loss of the divine feminine has resulted in a rupture of mind and heart, reverberating through the centuries in violence, alienation and growing environmental devastation.

A resurgence of the sacred feminine is sweeping the planet, but what is the nature of the feminine side of the divine?  How is Goddess different from God?  These realities profoundly affect the way women view and value themselves and likewise how men perceive everything feminine.   The many facets and myriad manifestations of the Goddess embody a seeming paradox, complex and sometimes contradictory. Like life itself, her expressions can be alternately gentle, fierce, loving and nurturing, or creative or destructive. Feminine power is magnetic and attractive, unlike masculine power that sets out to conquer, however subtly.  The power of woman is also like the all-encompassing depths of the ocean—able to contain all the joys and sorrows in the world—and still give.

I believe humanity has a deep need to revere the feminine side of the divine.  This unmet need is surfacing in our time in such examples as the phenomenal popularity of The Da Vinci Code, which highlighted principles of the feminine.  Apparitions of Mary, mother of Jesus, are on the rise around the world. One of the most documented in recent times was in Zeitoun, Egypt, where hundreds of thousands of people of diverse beliefs stood side by side, over a period of twenty-three years, watching as Mary appeared over a small church in a suburb of Cairo. Millions make annual pilgrimages to Fatima, Lourdes, and the site of Our Lady of Guadalupe in Mexico.  Worldwide response to the death of beloved Princess Diana of Wales also spoke to our need to revere a feminine archetype.

Women can reconnect and reclaim feminine energy by learning to move more consciously in resonance with cycles:  monthly, yearly, and the stages of our lives from maiden, mother and elder crone or grandmother. Embracing the deep symbolic meaning of the cycles of our blood is empowering.  Indian cultures have moon lodges where women can be apart when they bleed as this is seen as the height of their monthly power. Paying attention to the phases of the Moon is a simple and powerful way to honor the constant, but ever changing, Moon.  We can create a symbolic moon lodge in our own lives. 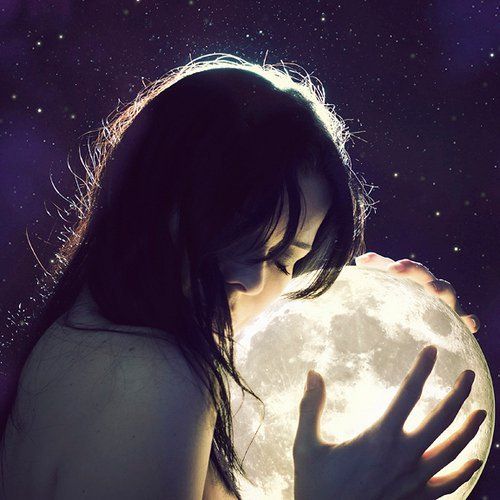 Seeking the wisdom and counsel of a grandmother can bring that stage of life back to its once-honored place.  The strength of a grandmother is a potent force indeed, someone who has stood at the gates of birth and faces the portal of death. We should be willing to sit at the bedside of someone who has chosen to die consciously through hospice. These gateways were once the domain of the crone before being stolen by the patriarchy.

Women can learn more about the diverse myths of global goddesses, taking in the rich legacy of feminine power that was suppressed for so long.  Many of these goddesses are alive and well in Hawaii, Africa, India and neo-paganism. Ancient Egyptians said every woman was a nutrit, a “little goddess,” after the nature of the great goddess Nut. I believe it’s time for every woman to live like she believes it.

Julie Loar is the multiple award-winning author of six books and dozens of articles.  She has a BS in Psychology, has done postgraduate work, and has been certified in numerous professional training and development programs.  Julie was a Human Resources executive in two major corporations, and an independent training consultant, working with large companies.  Her latest book, Goddesses For Every Day:  Exploring the Wisdom & Power of the Divine Feminine Around the World,  has won three national awards.  Her popular astrology feature appears in ATLANTIS RISING magazine, and she has been featured contributor on John Edward’s web site, InfiniteQuest.com where she had her own internet TV show.  She has traveled to sacred sites around the world, researching the material for her books and teachings.  She leads a sacred journeys to Egypt and Peru.  Visit herat http://www.julieloar.com.

Julie Loar is the multiple award-winning author of six books and dozens of articles. She has a BS in Psychology, has done postgraduate work, and has been certified in numerous professional training and development programs. Her latest book, Goddesses For Every Day: Exploring the Wisdom & Power of the Divine Feminine Around the World, has won three national awards. Connect further at JulieLoar.com